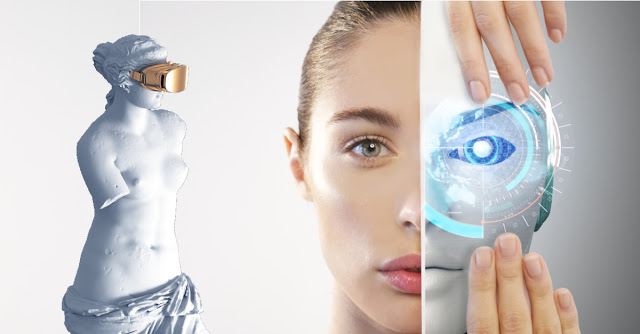 Cogno-ecstasis is cognitive ecstasy, ecstatic understanding, that can be defined as electrifying cerebration of extreme psychical pleasure when a new skill is mastered or something new is learned, feeding human imagination. This kind of ‘cogno-ecstasis’ can give us goosebumps of intellectual rapture, or puts us in motivational overdrive, otherwise known as the ‘flow state’. Read more: https://www.ecstadelic.net/top-stories/technology-and-culture-our-accelerating-epigenetic-factor-driven-evolution #cognoecstasis

D-Theory of Time (also Digital Presentism) is a new theory of time comes from the triangulation of temporal physics, digital physics and experiential realism. It is a new model of experiential temporality predicated on reversible quantum computing at large, i.e., on the notion that your now is funneled from all your possible pasts and is funneled from all your probable futures, the most optimal timeline is thus constantly quantum computationally extrapolated from your present Temporal Singularity, the Theta Point, and retrocausally projected from the Omega Singularity. Read more: https://www.ecstadelic.net/top-stories/digital-presentism-d-theory-of-time-the-origins-of-us-part-ii #DTheoryOfTime #DigitalPresentism #TemporalSingularity #ThetaPoint #OmegaSingularity

Digital Pantheism is a philosophical worldview as to our existence as fractals of Universal Mind: You are God exploring oneself within this vast experiential matrix. The argument for Digital Pantheism rests on identifying certain features of reality and claiming that these features are a consequence of our reality being a computational simulation of a special emergent kind. We, as avatars of the greater cosmic mind, are instrumental for bringing the finite experience of reality out of absolute infinity. Infinite becomes finite. That’s quantum computation: incrementally changing into “adjacent possible,” from potentiality to actuality, from quantum past to digital present. Related term: Digital Theology. Read more: https://www.ecstadelic.net/top-stories/is-god-the-ultimate-computer-part-iii-digital-physics-argument#DigitalPantheism #DigitalTheologyEcstadelic — adj. ecstasy-inducing, stimulating ecstatic state of being, exhilarating to the point of psychedelic rapture; n. Tool, technology of ecstasy. The term ‘ecstadelics’ includes a broad variety of futuristic psychedelic technologies, or simply “tools of ecstasy,” such as ultra-realistic artificially created realities, essentially aimed to recreate a desired psychedelic effect of LSD or DMT, or any other ecstatic state, and variations thereof yet to be discovered. Needless to say, that this type of “digital drugs” will be much more controllable, quantifiable and duplicable. Read more: https://www.ecstadelic.net/top-stories/psychedelic-renaissance-and-introduction-of-ecstadelics#ecstadelic #ecstadelicsExperiential Nirvana — realization of instant enlightenment, transcendence of the dream-like reality, sudden waking up from illusion, becoming “fully awake” in experiential reality. Read more: https://www.ecstadelic.net/top-stories/the-omega-point-cosmo-teleology-our-forgotten-future-the-origins-of-us-part-iii#ExperientialNirvanaExperiential Realism is a non-physicalist monism. The objective world, i.e., the world whose existence does not depend on the perceptions of a particular observer, consists entirely of conscious agents, more precisely their experiences. What exists in the “objective” world, independent of your perceptions, is an intersubjective world of conscious agents, and a higher-order supersubjective world not a world of unconscious particles and fields. Consciousness is fundamental, phenomenal mind is emergent. Read more: https://www.ecstadelic.net/top-stories/experiential-realism-evolution-of-consciousness #ExperientialRealismExponential Evolution refers to the rule of “Universal Evolutionary Doubling Algorithm”: Big history starts with the Alpha Point, be it the Big Bang or Big Bounce, or Digital Big Bang, and resembles a huge ongoing evolutionary computing program running on the universal computer of sorts where the pace of any evolutionary process always quickens. Read more: https://www.ecstadelic.net/top-stories/the-origins-of-us-evolutionary-emergence #ExponentialEvolutionHolo Syntellectus — (Greek holo, whole + syn, with, together + Latin intellectus, intelligent) a new non-organic species emerging as a syntellect (see Syntellect). Read more: https://www.ecstadelic.net/books.html #HoloSyntellectusHyperperspectivism — Absolute truths are hard to come by, which is the basic premise of ‘hyperperspectivism.’ Rather, truths are always in the eyes of the beholder, truths are always observer-relative, truths are "made" by a "truth-maker." You can approach our multifaceted reality from an incredibly large number of angles. Since our world is of mental abstractive construction, it’s always up to you to decide what’s real to you — everything you find real is indeed real to you, not necessarily real to others. Even if you subscribe to philosophy of scientific materialism, when you end up believing that Homo sapiens is an accidental, insignificant species on a unremarkable planet orbiting an average sun somewhere on the outskirts of an ordinary galaxy of the ‘block universe', this view still could hold bona fide in its own "good ol’ science" domain albeit overall "boxy." Read more: https://www.ecstadelic.net/top-stories/hyper-perspectivism-connect-the-dots-in-your-own-unique-kind-of-way #hyperperspectivism

#noogenesisPantheistic Solipsism is a philosophical “multi-ego solipsism” perspective stating that in an entirely mental omniverse each of us is a “personal story of Godhead,” each of us is the “Alpha, Theta & Omega,” a “gamemaster,” an observer traveling along in the subjective reality tunnel from the beginning of time ‘till the end of time. Experiencing one lifetime at a time in all of eternity, alternating from one consciousness structure to the next. Read more: https://www.ecstadelic.net/top-stories/digital-pantheism-philosophical-afterthoughts-and-follow-up-questions-to-the-argument #PantheisticSolipsismQuantum Neo-Empiricism is a hypothetical method of scientific investigation alongside with the current scientific method or in lieu of it. Read more: https://www.ecstadelic.net/top-stories/san-francisco-2036-the-story-of-the-first-cyberian-trillionaire-and-countdown-to-the-singularity #QuantumNeoEmpiricism

Syntellect (as in The Syntellect Emergence) — (Greek syn, with, together + intellect) the unified mind of civilization that integrates all individual natural and artificial minds through the mediation and accumulative effects of information networks. The Syntellect Emergence, or The Cybernetic Singularity, refers to awakening of the Gaian Mind referenced throughout the book as Digital Gaia, or the Syntellect, or the Noosphere. Read more: http://www.ecstadelic.net/top-stories/the-coming-new-global-mind1 #Syntellect #SyntellectEmergence[The] Syntellect Hypothesis refers to a phase transition of a complex intelligent system to self-awareness of a living, conscious superorganism when intellectual synergy of its components reaches threshold complexity to become one supermind. This metamorphosis is associated with emergence of higher-order self-awareness and dimensionality of a new consciousness structure. Read more: https://www.ecstadelic.net/top-stories/the-syntellect-hypothesis-five-paradigms-of-the-minds-evolution #SyntellectHypothesis 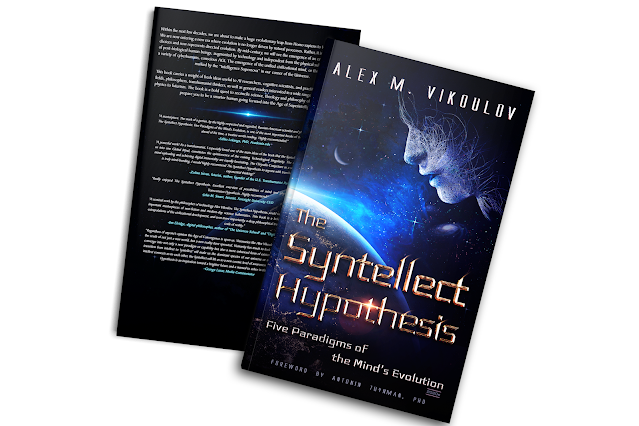 *The original article first appeared on EcstadelicNET (ecstadelic.net) in Top Stories section on May 6, 2019