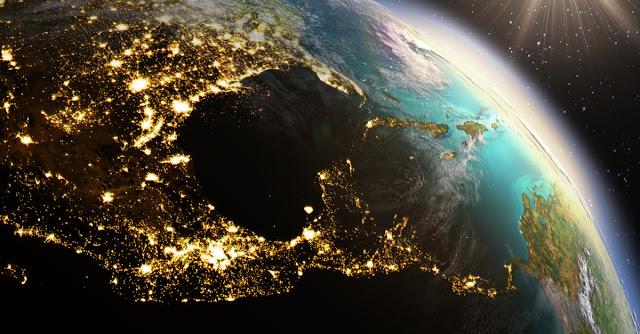 hen studying Earth’s global biosphere, Lynn Margulis and James Lovelock recognized that it has certain qualities of a life form. Many of Earth’s life‐sustaining elements display phenomenal stability, dynamic equilibrium and self-regulation, known in biology as ‘homeostasis’. The temperature range of the climate; the oxygen content of the atmosphere; the chemistry and salinity of the ocean — all of these are biologically mediated. All have, for hundreds of millions of years, stayed within a range conducive to life.
Lovelock and Margulis hypothesized that the totality of life is interacting with its environment in ways that regulate these global properties. They realized that Earth is, in a sense, a living organism. They named this creature Gaia after the ancient Greek Earth goddess.
We may finally have an extension to the original Gaia hypothesis. We humans could be instrumental to bringing about a massive “upgrade” of the planetary operating system to version Gaia 2.0. In my recent book “The Syntellect Hypothesis: Five Paradigms of the Mind’s Evolution,” we use the term ‘Syntellect’, the most apt neologism I came across while reading “The Transformative Humanities: A Manifesto” (2012) by Mikhail Epstein.
The ‘Syntellect’ (Greek syn, with, together + intellect) can be defined as the unified mind of civilization that integrates all individual natural and artificial minds through the mediation and accumulative effects of information networks.
Globally distributed intelligence where human brains are intimately integrated with artificial superbrains may be the safest way to approach the Cybernetic Singularity. Elon Musk says the key to preventing an AI apocalypse is to create an “AI-human symbiote.” Whether it will be accomplished via a neural lace, nanobot ingestibles, or any other future neural interfacing technology, is not really important.
What’s important is connecting our brains directly to the Cloud as part of the democratization of AI technology and when a critical mass of brains are connected to the Cloud — when we are the AI collectively — that would effectively prevent AI getting out of hand. A full set of today’s notorious global problems, including Anthropocene-related environmental challenges, pales in comparison to what can be solved at the level of the “awakened” Gaian Mind.
The conceptual similarities of the World-Wide Web and the human brain are astounding. The wiring of the Internet resembles a rudimentary brain and some of the interactions that take place on it are similar to the processes that we observe in the brain.
Both networks are holonomic which means that information can reach any given node within the network by passing through only a small number of other nodes. This facilitates the global propagation of information within the network, and gives each and every node the functional potential to be directly connected to all others.
The Integrated information Theory (IIT) allows for the emergence of an abstract superorganism that is composed of many individual organisms. “Whether or not the Internet today feels like something to itself is completely speculative. Still, it is certainly conceivable,” says neuroscientist Christof Koch of Seattle-based Allen Institute for Brain Science.
Akin to many perennial traditions, the Syntellect idea holds promise for a cosmic level of consciousness and a state of deep synergy that encompasses humanity as a whole. This idea is appealing to many: Theists might view this state of holistic consciousness as a union with God. Transhumanists might see it as the creation, by humanity itself, of a meta-entity with God-like powers. Adherents of the Gaia theory might acknowledge that the “living Earth” offers to us a sense of belonging to a larger whole and a sense of higher purpose.
The Syntellect Hypothesis which is the main focus of my recent book, as its title suggests, refers to a phase transition of a complex intelligent system to self-awareness of a living, conscious superorganism when intellectual synergy of its components reaches threshold complexity to become one supermind.
This metamorphosis is associated with emergence of higher-order self-awareness and dimensionality of a new consciousness structure. As a bio-species merging with its advanced technology, human-machine civilization is now on the verge of the ‘Syntellect Emergence’ — becoming one Global Mind. 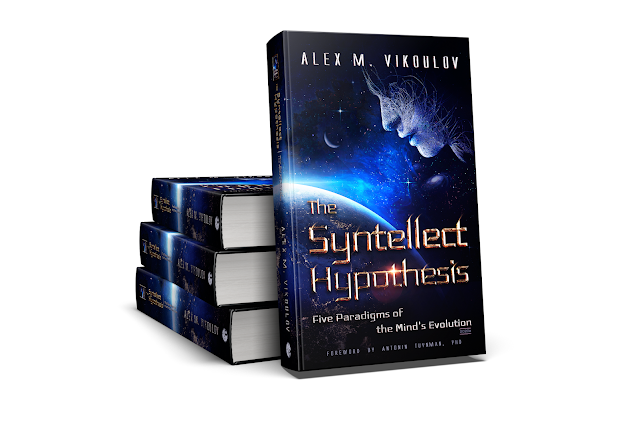