Digital Alchemy: Tapping into the Ouroboros Code of Nature 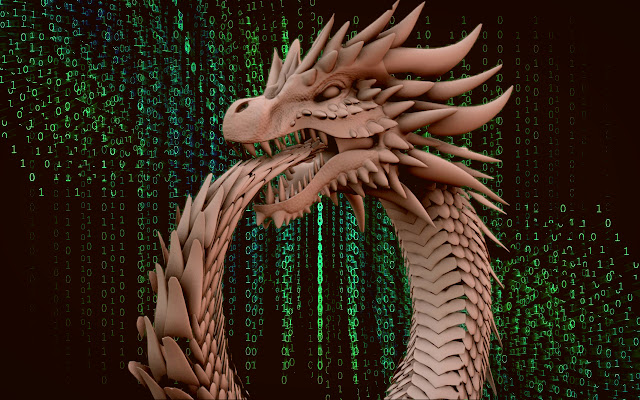 "We are not human beings having a spiritual experience, we are spiritual beings immersed in the human experience." -Pierre Teilhard de Chardin

Everything is Code. The Ouroboros Code. Immersive self-simulacra. If your read The Ouroboros Code: Reality's Digital Alchemy Self-Simulation Bridging Science and Spirituality by Dr. Antonin Tuynman, then you would surely find it a truly illuminating, awe-inspiring, and enthralling piece of writing and deep thought, just as I did.

​Reminiscent of such recent classics as Erik Davis’ TechGnosis (1998) and Ray Kurzweil's The Age of Spiritual Machines (1999), The Ouroboros Code should eventually find its way to the shelves of libraries owned by the fans of cybernetics, metaphysics and esoteric philosophies. What you might at first construe as a clear but flamboyant writing style, you should love by the end of the book. Let Antonin's poetic genius deliver to you some furiously complex concepts and abstract ideas so that you could enjoy this conceptual journey into the heart of digital alchemy, this coveted bridge between science and spirituality! At times over-technical in alternative style of narration – especially when discussing natural intelligence and A.I. – the philosopher will make you feel like you just downloaded some latest cognitive update onto your mindware. Neologisms such as Conscienergy and Pansentience, Webmind and Cosmosemiosis, digital Akasha and proto-time, add a definite charm to this chef-d’oeuvre of digital theosophy.

Masterfully employing metaphorical realism, the author makes his idealistic case that consciousness is all that is: cybernetically emergent and at the same time transcendentally immanent. Non-local consciousness is absolute, a "local" mind is relative. Our experiential reality is projected onto the multidimensional matrix-like "screen" of perception for our evolving minds. By preference, you can see yourself as a low-dimensional avatar of the greater cosmic self. In my recent book The Syntellect Hypothesis: Five Paradigms of the Mind’s Evolution, it’s encapsulated by a simple phrase: "Your life is a personal story of Godhead."

In the beginning chapters of his treatise, Tuynman asks this question: What is information? As one of the cornerstones of digital philosophy, information plays a crucial role in everything we see around us. In one of the episodes of "Ecstadelics with Alex Vikoulov" mini-series that you can easily find on YouTube, I rant on the definition and metaphors which goes somewhat like this: One of the most staggering revelations to us modern humans might be that information equals reality. In other words, the basis for our material reality is actually immaterial information. Idealistic, all-encompassing perspective engulfing any physicalist point of view within its bigger framework. Pattern and flow of information is what in actuality defines our experiential reality.

​If you think about it, everything boils down to the binary logic of Nature. This is one of the basic tenets of Digital Physics which is the field of science dealing with information. Nature is computational and beyond that – emergentistic – the whole is greater than the sum of its parts. Information can be instantiated into any kind of medium from smoke signals to the Morse Code. Deep down we ourselves are info-tech and communication technology. We run on genetic, neural and societal codes. Our DNA-based biology is clearly code-theoretic. We are alphabetic all the way down. We communicate intersubjectively mind-to-mind via language-structured exchange of information.

A new 2019 study by François Pellegrino, an evolutionary linguist at the University of Lyon in France and his collaborators, has shown that human speech is transmitted at about 39 bits a sec. Speaking of codes, idealist philosopher Terence McKenna used to say that "The world is made of language and if you know the words the world is made of you can make of it whatever you wish."

As human beings we are endowed with self-reflective consciousness. Phenomenal consciousness can be viewed as the totality of self-referential feedback loops and meta-algorithmic information processing. That's how information feels like to itself, to one's emergent mind. Information can be loosely defined as distinction between things.
​
In his 1948 seminal paper "A Mathematical Theory of Communication" Claude Shannon suggested that "Information is the resolution of uncertainty." The father of cybernetics, Norbert Wiener, noted that "We are not the stuff that abides, but patterns that perpetuate themselves." In the 1980s, physicist John Wheeler coined the phrase "It from bit" and cyberneticist Gregory Bateson lucidified it by saying "Information is a difference that makes a difference." Ultimately, at least to an idealist, information is a difference between phenomenal states of consciousness. Viewed in this way, the whole symphony of existence transpires as qualia information processing. Is there a rainbow if no one is present to observe it?

The physical reality is our base reality and we have no choice but to treat it that way. At the same time, we should understand that it’s not the only reality and ours is most probably only one of many in the honeycomb of infinitude of other "in"-formational realities. We are now on the cusp of creating hyperreality where the hybrid of quantum and digital computations will adjust the knobs of reality rendering. Augmented reality would overlay your favored theme over your physical reality. And the Metaverse of endless ultra-realistic virtual worlds will offer a new habitat for your mind, a cyberdelic portal inwards.

Once again, theology becomes technology. You may find certain philosophers harping about us losing consciousness while merging with "machines of loving grace" but if you believe in the conscious universe, this hierarchical matryoshka of conscious systems, then just the opposite beckons to be true – transcending low-dimensional consciousness of man by evolutionarily leaping onto advanced sublime consciousness of the Noosphere – for which many proponents of teleological evolution and the Omega Point cosmology such as Vladimir Vernadsky, Teilhard de Chardin, Terence McKenna, Frank Tipler, Andrew Strominger would wholeheartedly vouch.

By contemplating the full spectrum of scenarios of the coming technological singularities many can place their bets in favor of the Cybernetic Singularity which is a surest path to cybernetic immortality and godhood as opposed to the AI Singularity when Homo sapiens is hastily retired as a senescent parent. This meta-system transition from the networked Global Brain to the Gaian Mind is all about evolution of our own individual minds, it’s all about our own Self-Transcendence: it’s like racing to the ocean on the beach. Everyone wins. Everyone reaches water and gets to swim. A split-second difference of getting to water doesn't matter, it's not the Olympics, it's just fun. Any pathway to the ultimate divine is valid.

Akin to waves and ripples on the surface of primordial and eternal ocean of vibrant multidimensional consciousness, each of our minds is engaged in elaborate patterning of interdependent becoming and evolving towards a more complex but fluid cognitive structure. Now, take a moment to comprehend to the best of your abilities the following sentence: Your timeless cosmic self instantiates into the phenomenal mind.

Computational thinking entails the notion that the entire universe is the ultimate quantum computer. Most physicists now agree that information is the most fundamental property of our universe – not space-time, not mass-energy but strings of 0s and 1s. From the meat-space matrix of our daily lives to Apotheosis of the Universal Mind which Dr. Tuynman free-willingly chooses to term the ‘Eschaton Omega Hypercomputer’ in his book, consciousness and information are the two sides of the same coin.

Of the two dogmatic extremes of bigoted religion on one end and scientism of obsessive preoccupation with scientific method on the other, one can hardly choose the lesser of two evils. The scientismist rhetoric nested in institutionalized science which just as organized religion of pre-modern times ruled the day is contrasted with the new theological narrative. It is here where evangelists of the new techno-spiritual era, neo-transcendentalists of our day and age, like Dr. Tuynman, are bridging Darwinism of natural unfolding and Gnosis of self-divinization while regaling us with metaphysical and oftentimes heretical accounts of reality. Unlike some New Age gurus, Dr. Tuynman presents scientifically derived and logically consistent but often overlooked perspectives on what science and spirituality aspire to clarify in order to unveil the ultimate truth but with admittedly different languages.

Buddha's "middle" way becomes, if put in modern terms, the "optimal" way, i.e. optimized decision-making and smart problem-solving. Is Antonin a bodhisattva, an enlightened being in Eastern wisdom tradition who through his writings shows to the rest of us, the corporate rat racers and sleepwalkers in the fields of consumerism, naïve UFOlogists and die-hard materialists, the glimpses of transcendent reality? By any measure, The Ouroboros Code is a masterpiece of neo-transcendentalist scriptures.

Divided within itself, science harbors competing perspectives on space-time ontology that reflect fundamentally opposing worldviews about the nature of physical reality. If space-time is finite and computable, then this digital ontology means that at the smallest scale, Nature is pixelated, as opposed to the worldview with absolute space-time, where physical reality is fundamentally continuous. This dilemma is a precursor to a cascading paradigm shift in science with an inflection point circa 2020 but fully recognized later in the decade, when computational thinking pervades all areas of human enterprise, as I predict in The Syntellect Hypothesis. As a digital physicist might tell you, though, in the quantum multiverse of which our physical reality an integral part, one of the most notoriously counterintuitive phenomena of quantum entanglement is instantiated by digital computation. Perhaps that's what mirroring the mind of God is all about.